States across the U.S. have been engaging in intense campaigns aimed at curbing the regular occurrences of car accidents. In California, for instance, the state has strict laws regarding driving under the influence (DUI). DUI is among the leading causes of car accidents in the state. The police often set up DUI checkpoints to discourage drivers from operating their vehicles while intoxicated.  There is a tremendous improvement in in-vehicle features and standards. Some states in the U.S have developed laws on mandatory wearing of safety belts.

Driving under the influence is particularly common among young people. It’s incredibly common for high school students to drive while intoxicated.

Statistics on the Leading Causes of Fatal Car Accidents

In 2017, California recorded 1,147 deaths resulting from alcohol-impaired driving. In 2018, California recorded 1069 deaths resulting from impaired driving. This was a decrease of 6.8%. Alcohol-impaired fatalities involve drivers whose blood alcohol concentration is above the legal limit of 0.08%. When a driver is under the influence, he or she can’t respond promptly in case of an accident. An intoxicated driver has less concentration and may not be able to identify potential hazards while driving.

In 2018, 42% of all the drivers who died in vehicle accidents in California had drugs in their system, either legal or illegal drugs. Some of the common controlled substances that impair driving are marijuana, cocaine, and heroin. Prescription drugs could also lead to impairment despite being legal. Some medicines make a driver tired, making a driver fall asleep while behind the wheel.

According to the National Highway Traffic Safety Administration (NHTSA), 36,750 motor vehicle accident deaths occurred in 2018. This was slightly lower than the number of fatalities recorded in 2017. However, there is still so much work to be done to reduce the car accident fatalities in California. The state has a toll order or ensuring that the roadways are safe for all users.

OTS collision rankings provide ample data that allows cities to compare their car accident fatalities with other cities with a similar population. These statistics help different cities in California to make relevant comparisons and identify areas that need improvement. The rankings serve as indicators of potential issues that cause vehicle accidents in California.

Most fatal car accidents in California occur at night and on weekends. At night, theirs is low visibility. Therefore, a vehicle driver is more likely to strike an object or collide with other vehicles. Fatal accidents are also common during the weekends because most people consume alcohol on weekends. On weekends, motorists flock the streets, which increases the likelihood of an accident due to high traffic.  In 2016, 6.3% of all vehicle crashes occurred at night, and only 4.8% of the crashes occurred during daytime hours. Around 5.3% of vehicle crashes occur during weekdays. However, this number jumps to 5.9% on weekends.

There is no doubt that vehicle accidents are common in California. Most car accident fatalities in California are preventable if people would give roads the attention they deserve. The majority of fatal road accidents revolve around negligence.  If your loved one succumbs to injuries suffered in a negligent car accident, you should not fail to seek compensation.

Of the motor accident fatalities in California in 2016, 29.2% of the accidents involved drivers with a BAC of more than 0.08%. This percentage was slightly higher than the national average of 28% alcohol-impaired fatalities.

The highest number of fatal accidents and deaths resulting from impaired driving mainly occur in central and southern California. Los Angeles County records the highest number of alcohol-impaired deaths. The northern and the rural parts of California record the highest alcohol-involved severe and fatal injuries. This is because the north and the rural parts of California have high populations. Also, most drivers tend to speed when they are in rural areas.

In 2017, a study was conducted, and California residents talked about their major traffic concerns.  The Office of Traffic Safety conducted the study. The participants in the survey cited drunk driving as the second-biggest traffic safety concern. There was a spike in drunk driving as a safety concern from 5.6% in 2016 to 22.9% in 2017.

Compared to the national average, drunk driving is a lesser problem in California. In 2016, 23.7% of all the drivers involved in fatal crashes in California had high BAC results. However, this was lower than the 40.5% of alcohol-impaired fatalities recorded in 2017. The alcohol impairment testing rates were higher among the drivers who lost their lives than in drivers who survived.

California has adopted several strategies to help solve impaired driving, which is a persistent problem in the state. Different methods for curbing drunk driving often require additional resources. Some of the strategies that the state has adopted are:

Other strategies that the state of California has been adopting to help curb drunk driving are:

The problem of the alcohol-impaired driver is prevalent among the youth. Statistics released in 2018 revealed that drivers between 21 and 24 years had the highest percentage of intoxicated drivers in fatal accidents. In 2018, the number of drunk drivers involved in fatal accidents was 3.4 times more at night than during the day.

For more than two decades, speeding has contributed to more than 1/3 of all fatal car accidents in the United States. In 2017, 26% of all road fatalities resulted from speeding. When a driver is moving at high speeds, he or she may lose control of the vehicle, especially in unsafe road conditions. It’s common for drivers to lose control of their vehicles in bad weather, at night when visibility is low, and in areas undergoing road constructions. Speeding not only endangers the driver’s life but the lives of all people around him or her. Some of the potential risks of speeding are:

A Drop in Motor Vehicle Accidents Deaths in 2019

The reduction of the car accident fatalities could serve as a sign that the country is reaping the benefits of several risk mitigation measures it has put in place to curb car accidents. Also, newly manufactured vehicles have superior safety features and advanced driver assistance systems. For instance, modern vehicles are complete with a lane-departure warning system, emergency braking, adaptive headlights, and back up cameras. These features help reduce the risk of crashes and help minimize the severity of crashes when they occur.

Injuries that Often Cause Death in Car Accidents

A car accident can cause fatal injuries in any part of the body. Some of the injuries that lead to fatalities in car accidents are:

The impact of a car accident on the spine often leads to severe spinal cord injuries that often lead to death. Especially in a high-speed car accident, occupants may suffer broken bones, including a broken spinal cord. Passengers who were not wearing safety belts at the time of the accident are more likely to suffer severe back injuries.

After a Fatal Car Accident

Find an Orange County Injury Attorney near Me

Have you lost a loved one in a fatal car accident due to the negligence of another person? The Orange County Personal Injury Attorney can help you seek compensation for your loss. Contact us at 714-876-1959 and speak to one of our attorneys. 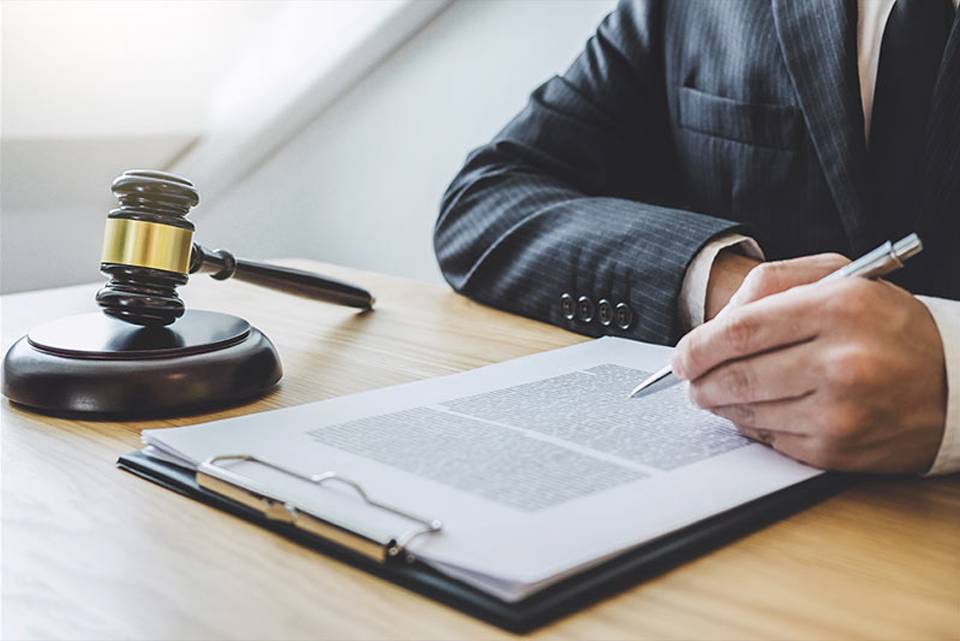